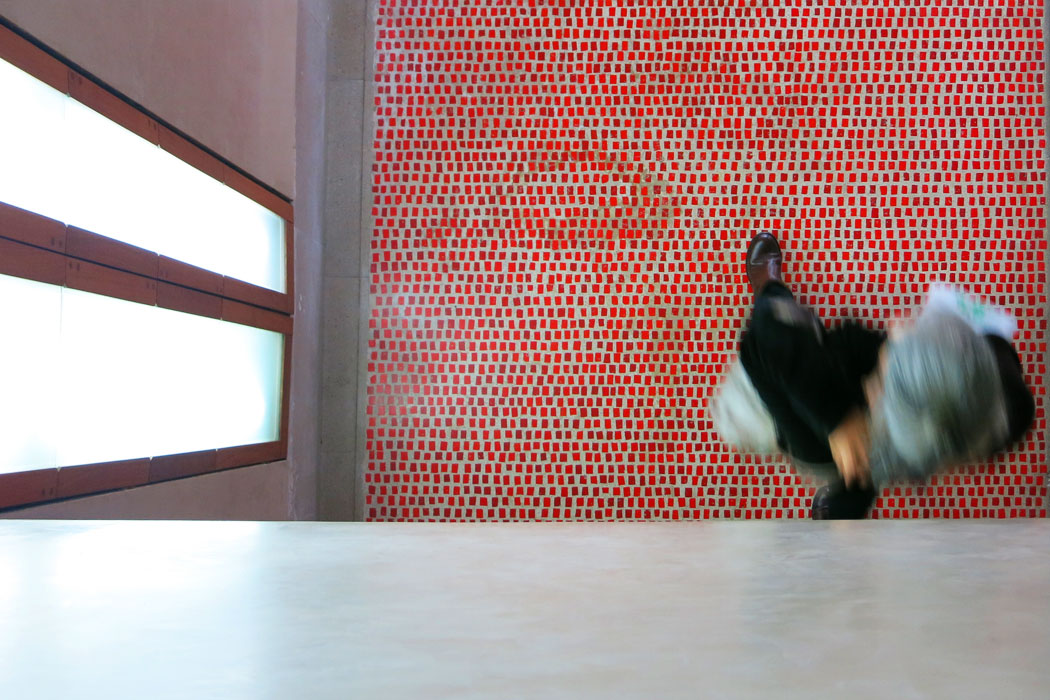 Give me your attention, make me happy with a “Like”, “post” me or – in the most beautiful of all attention worlds – comment on me. Every second we receive information that needs to be processed and evaluated. We live in fast-moving times. The attention spans are getting shorter and shorter. Information is competing and wooing for our recording capacity. The consequences are optimisation efforts on the one hand and loss of detail on the other. Does this have an impact on the design?

According to a study by Microsoft, the attention span of the general user has already ended before reading this first paragraph. While the average attention span in 2000 was still twelve seconds, in 2013 the value fell to eight seconds and thus fell below that of a goldfish.

In the digital context, the ability to concentrate on one task is increasingly diminishing. More and more information is appearing and competing with each other for our perception and attention. The appeal of the new drives us on and fast.

There is an assumption that digitally experienced users focus on specific content that can be given higher priority through faster assessment of quality and relevance, but this also means that there are strong differences in attention quality:

While digital lifestyles decrease sustained attention overall, it’s only true in the long-term. Early adopters and heavy social media users front load their attention and have more intermittent bursts of high attention. They’re better at identifying what they want/don’t want to engage with and need less to process and commit things to memory.

A flood of information creates a lack of attention. The larger the counter, the stronger the denominator must grow in order to achieve a balanced impact. This is a logical equation, but in this case it cannot amount to one because it includes the time factor.

Attention cannot be calculated arbitrarily due to its temporal reference. There is an imbalance and thus a conflict of interest between the supply of information and its demand/utilisation.

The greater the amount of opportunities to use this limited resource of attention, the less scarce it is. The Nobel Prize winner for economics Herbert Simon already described this in the seventies: ‘A society, that is information-rich, is attention-poor’.

In keeping with Marshall McLuhan’s thesis, “The medium is the message.” design is always an ambassador and information carrier. In this context, design could be briefly and concisely described as shaped information.

Design and its formal language are always the expression of a predominant information management in its cultural context. Looking back, it is easy to see how debates on content and trends have shaped design and at the same time been shaped by it. The topic of “sustainability” is a vivid example from recent years.

The development of the constantly growing flow of information and the attempts to channel it has naturally also had an effect on design (in its content and formal expressions), which has benefited from digitisation.

The area of “surface design” – i.e. user interfaces (UI) – can be seen as an indication of a development in how design has formally reacted with loss of detail to reduced attention spans of users while at the same time optimising technical processes. In this context, fewer details mean faster orientation and shorter loading times.

“Flat Design” has been a design consensus in interface design for several years. Since Apple’s iOS 7, Microsoft’s Windows 7 or Google’s Android 5, it’s setting the tone. Three-dimensionality is almost completely reduced in the “Flat Design” in favour of a minimal design impression. The imitation of reality (skeuomorphism) using realistic textures, plasticity, gradients and shadows is predominantly avoided. The principle of “flat design” is interpolated and provides design guidelines for entire systems, as can be seen from Google’s “Material” design kit.

Material is a metaphor, a system for uniting style, branding, interaction, and motion under a consistent set of principles.

Digitalisation (keyword: “Smart Objects”) increasingly removes 3-dimensional boundaries and the associated functional limitation of artifacts. Information layers are added to the objects, which can always be recharged and steer from the object itself in its real presence to virtual information and its cross-linking. Design adds any number of digital options (through updates) to the basic analog functions of an object. Sometimes design functions as a mere container for virtual use. Design in this case is limited to the design of surfaces¹ and assumes a leadingfunction as a mediator to another use and dimension (portal function).

To dispense with details can reduce complexity. Information is degraded or can be broken down into attention layers to be brought to the surface when there is interest (in the principle of onions). »Detail-Mining« would be a suitable term for it.

Simplicity is a high-risk affair because it means you are betting that fewer features will deliver greatest value.

If you banish more and more details from the visible layer, you run the risk of focusing too much on the surface and not shaping or forgetting the layers below. A loss of detail should not lead to a loss of design, but should rather encourage you to understand complexity as a single layer in the system, to think, to design and to make it usable. This applies to any form of design. “Flat design” should not promote “Flat perception” . Details don’t have to devour our attention spans at the surface, but they can expand the context elsewhere. And perhaps from time to time we need details as a little irritation to pause, let ourselves in and understand.

¹ The term “surface design” in the sense of styling is unpopular in design circles and provokes defensive reactions. Design claims to be well thought-out and well-founded. If, however, the design continues under the surface and functions and information do not dry up there but rather begin to bubble through good design, the design of “user interfaces” has a recognized and sustainable meaning.